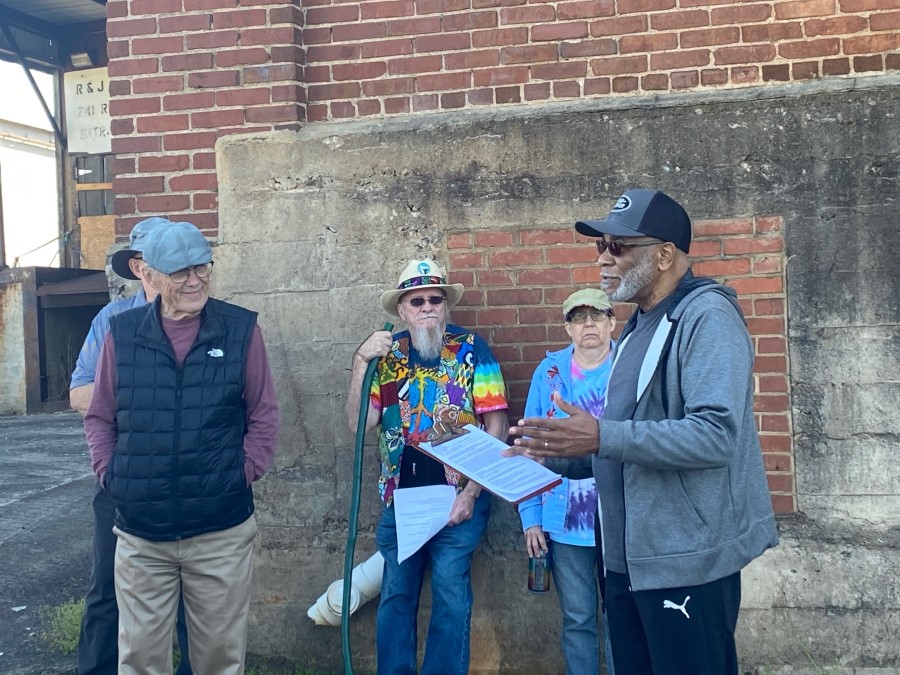 For most of the two dozen people participants in the Community Walk for Peace on Friday morning, the event provided an unsettling account of the decades-long struggle for civil rights in Statesville.

For Skip McCall and other participants who grew up in the city during segregation and forced integration, it was a walk down memory lane — and many of the memories were not pleasant.

Over the course of two hours on Good Friday, the group covered about two miles, stopping frequently to learn about historical people and events. The walk was sponsored by First Baptist Church and Grace Baptist Church. Organizers hoped the event would contribute to racial reconciliation. 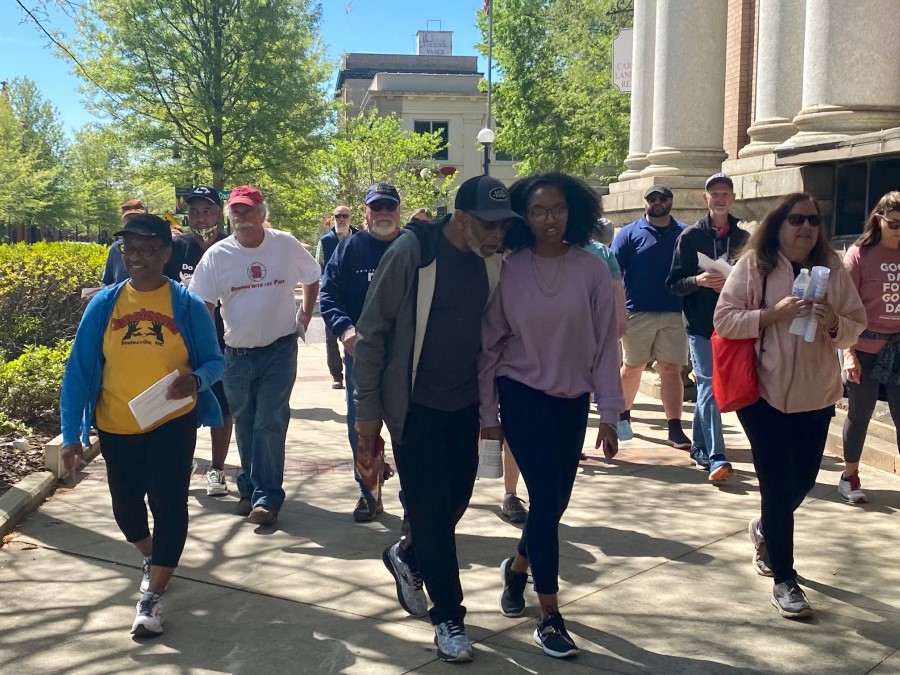 The walk began at First Baptist Church on Garfield Street, where Rev. J.C. Harris pastored and served as a central figure in the civil rights movement. Before protests and marches, participants would gather at the church, sing hymns and get “mentally and emotionally” prepared for the work ahead.

“Without Black churches, the civil rights movement never would have been as effective bringing people together,” McCall said.

Throughout the walk, McCall recalled, as a young boy having to sit in the back of the bus on trips uptown with his grandmother, sneaking a drink out of the water fountain reserved for white people behind the courthouse, having to climb the fire escape out back to get into the movie theater and getting fogged during a protest outside of Woolworth’s.

McCall was a senior when Morningside School was closed, and he and his classmates began the integration of Statesville High School. He vividly recalls when civil rights protesters who were trekking from Asheville to Raleigh walked past Morningside when he was a student there.

Along with many of his classmates, McCall spilled out of the schoolhouse and joined the march. They walked past Unity School, where other students joined in, and they kept on walking.

“We marched all the way to Salisbury,” he said. “The leaders sent us back (that evening) because we didn’t have permission from our parents. That was an amazing day.”

Participants in Friday’s walk learned about the civic contributions of Dr. Robert S. Holliday, a physician who treated Black residents for 60 years, and his wife, Mary Charlton Holliday, who was a strong advocate for education.

Newcomers and members of younger generations also learned about the entire Statesville City Council being recalled for integrating the city pools, about the Black business community that once thrived on Depot Hill, and the devastating toll that the construction of Garner Bagnal Boulevard had on Black neighborhoods.

The walk also highlighted the contributions of Rev. Wilson Lee, a prominent minister and civil rights leader in Statesville. In 1985, Rev. Lee called out the Ku Klux Klan by writing about the hate group’s activities in Statesville. Afterward, his home was shot at and the KKK burned a cross in his yard.

There was also a stop near the site of a popular restaurant where white and Black residents dined peacefully on separate sides of a counter.

The group also stopped at the Iredell County Government Center, where a monument to the Confederate War dead built in 1905 still stands. Many people contend the monument was erected to intimidate Black residents during the Jim Crow era. For decades the NAACP has asked county commissioners to move the monument.

Two years ago commissioners approved a resolution in support of moving the monument if a suitable alternative location could be found, but after receiving significant criticism they announced the monument would not be moved. A lawsuit is pending on the issue.

Outside the old County Jail, where the Iredell Arts Council is now housed, Rev. Shoemaker highlighted the spot where Black men were hanged from the gallows in front of white Christians, who made a day of watching the executions.  The last hanging outside of the old jail was in 1903, Shoemaker said, when a Black man was tried, convicted and executed within 24 hours after being charged with killing a white Cool Springs resident. While the court-sanctioned hangings ceased, Black people were lynched in large numbers in extrajudicial executions.

As the Good Friday walk concluded at the Fourth Creek Burying Ground, Shoemaker recounted the words of Jesus before he was crucified: “Father, forgive them. For they know not what they do,” he said. “The forgiveness has flowed ever since.” 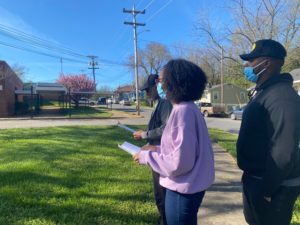 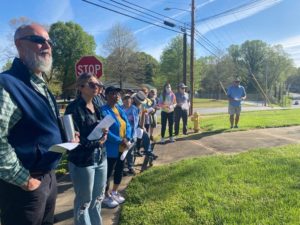 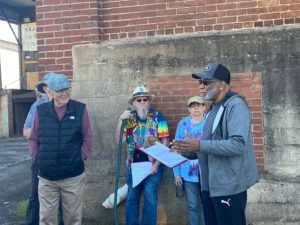 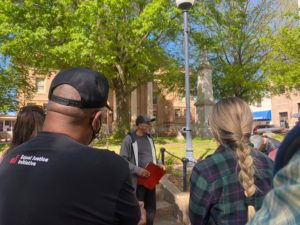 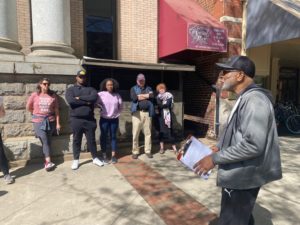 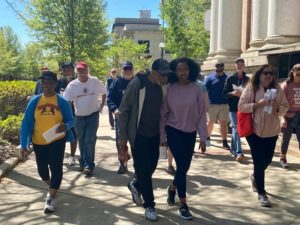 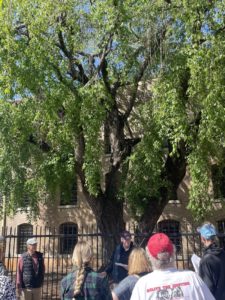 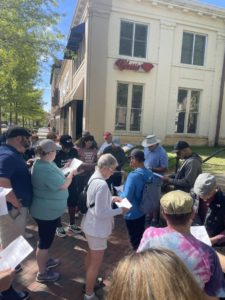