National Crime Victims’ Rights Week is scheduled for April 24-30, 2022. This year’s theme is “Rights, Access, Equity for All Victims.” The theme relates to helping crime victims find justice by enforcing victims’ rights, expanding access to services and ensuring equity for all. 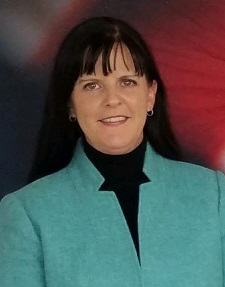 I believe the mission of my office is to achieve justice for victims and to protect the community. Part of that justice for victims means not only prosecuting offenders, but also connecting victims with resources and services. In my office, I have Victim Service Coordinators and District Attorney Legal Assistants who do just that. They are able to talk to victims, hear their concerns and refer them to the many resources which we have in our community to help victims.

Another way my office helps victims is by giving them information about the court system. When a victim finds himself or herself involved in the court system for the first time, it can be an overwhelming experience. My staff is there to explain the process every step of the way. Two issues that people often have questions about are the difference between civil and criminal court, and why defendants receive the sentences that they do.

As to the first issue, civil and criminal courts are two very different avenues that exist within the court system:

♦ Civil court deals with lawsuits and liability; and

My office is only involved in criminal court. As prosecutors, our job is to prosecute crimes. We are not involved in civil court.

Victims sometimes do not understand where a sentence comes from or why defendants’ sentences are not as severe as they would like. My staff members are there to explain the process to them when considering plea offers and understanding possible outcomes in a case. That is an important role that my office plays in providing services to victims.

Sarah Kirkman is the District Attorney for Alexander and Iredell counties.