Guest speaker Courtney Bumgarner, the Mobile Dairy Classroom instructor for Southland Dairy Farmers and Syrup’s caretaker, travels around the state with her Jersey cow to teach students about the dairy industry and where food comes from with the help of a 32-foot mobile dairy classroom.

“They are milked twice a day every 12 hours,” Bumgarner told the students. “Some dairies will do three times a day. They are going to milk in what is called a milking parlor.” 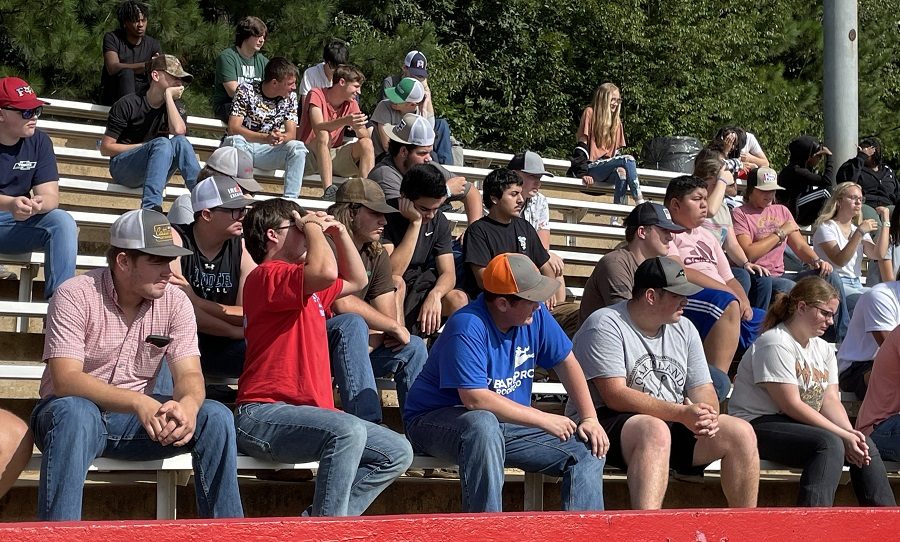 Bumgarner told students that at her farm they milk 200 cows.

Dairy farmers can use a robot to milk their cows, she explained. Robotic milking parlor equipment helps farmers reduce their labor costs.

“The cow has its ear tag and a collar on its neck that will be scanned. It has all of their information in there. That robot will know who she is, what time she came in, how much milk she made and how many times she milked,” Bumgarner said.

“The robot will also tell us when a cow hasn’t been in to be milked,” she added.

Students also learned that cows are like dogs. Bumgarner told students that they love treats and like to be petted. However, unlike dogs, farmers can feed their cows chocolate.

“Milk is rich in 13 essential vitamins and nutrients. These will all help us in some way. Calcium is in there, which is good for our bones,” she said.

She said that college and pro athletes drink chocolate milk after practice because it’s a good recovery drink.

Teacher John Sherrill said he hopes students walked away with a better understanding of the importance of the dairy industry in Iredell County.