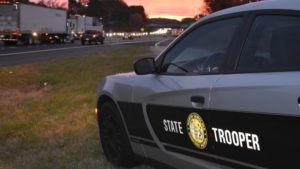 A Hamptonville resident faces misdemeanor charges in connection with an accident that claimed the life of a Union Grove man on Friday night.

Further charges are pending the completion of the investigation and consultation with the District Attorney’s Office.

Troopers determined alcohol impairment was a contributing factor in the crash that claimed the life of Robert Douglas Shumate, 60, according to an NCHP news release.

Emergency personnel and troopers responded to the area of N.C. 901 near Jennings Road about 9:25 p.m. on Friday.

Pardue and a 28-year-old female passenger were injured in the crash. Shumate, who was also a passenger, was pronounced dead at the scene.