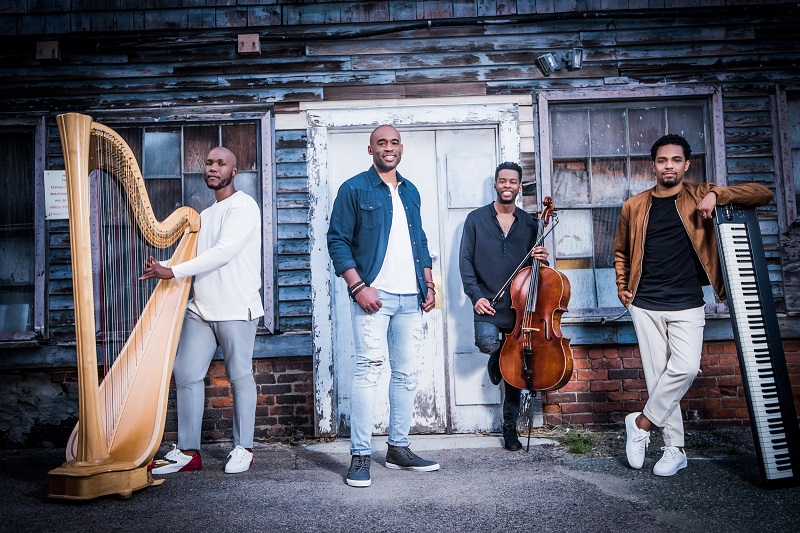 Performing Arts Live Iredell’s 2022-2023 season will continue on Saturday, November 12, with a performance by classical crossover artists, Sons of Serendip.

Sons of Serendip is a musical ensemble of four men who became friends while attending graduate school at Boston University. Through a series of seemingly random life events, they formed a group that became a finalist on Season 9 of NBC’s “America’s Got Talent.” They revisited NBC when they competed on “America’s Got Talent: The Champions in 2019.”

Two of the four group members have Charlotte roots so this concert will be somewhat of a homecoming. Harp, piano, cello and voice combine for entertainment that will be long remembered.

Preview Sons of Serendip on any major streaming platform or at www.sonsofserendip.com.

Tickets are available for this and all other concerts of the 2022-2023 Performing Arts Live Iredell season by visiting the PAL box office at Shops UpFront, 1109 W. Front Street, Statesville, by calling 704-380-0875, online at www.PALofIredell.com and at the door prior to the show.