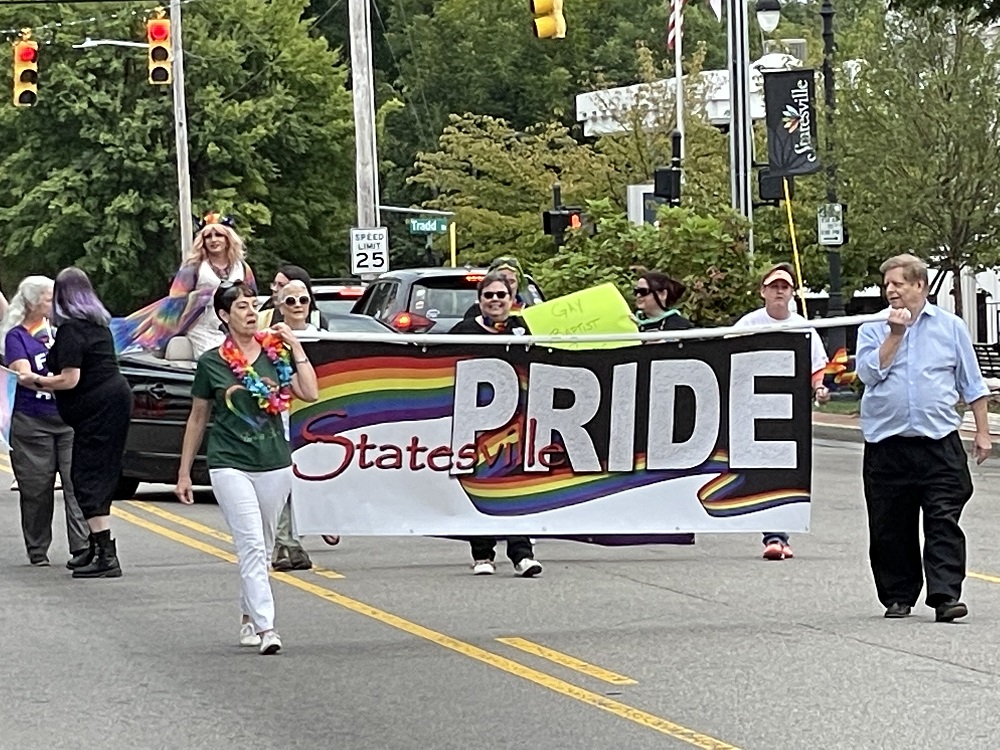 PFLAG Statesville sponsored the 2022 Statesville Pride Parade and Festival in Downtown Statesville on Saturday. Participants walked several blocks along West Broad Street to celebrate diversity in Iredell County. They were encouraged along the way by small groups of supporters. The parade was followed by a small street festival. 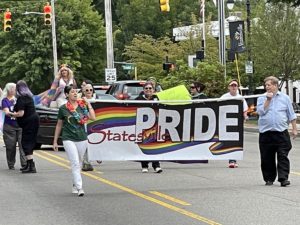 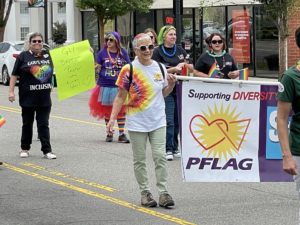 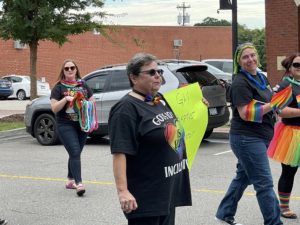 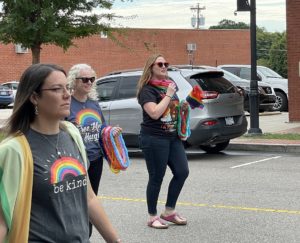 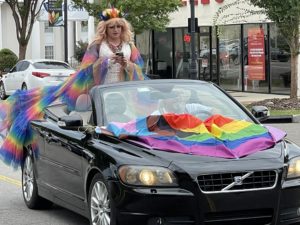 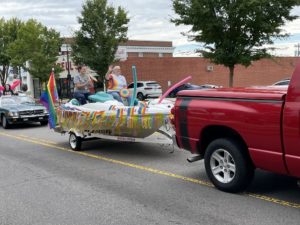 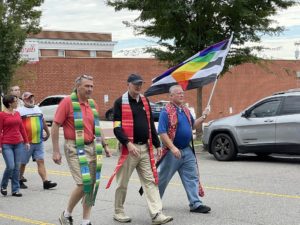 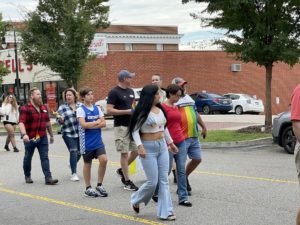 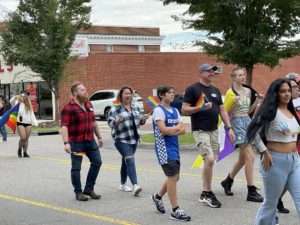 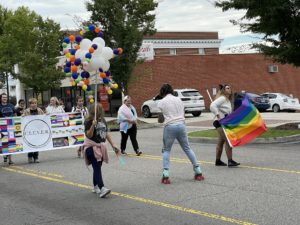 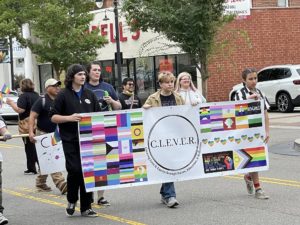 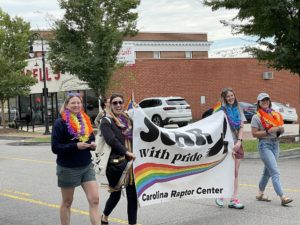 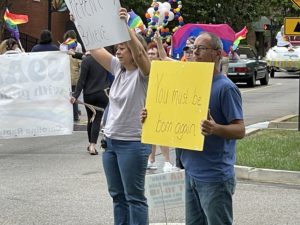 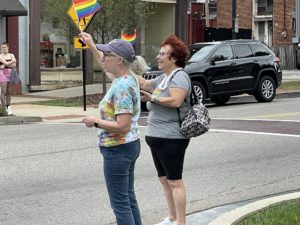 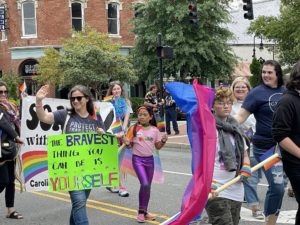 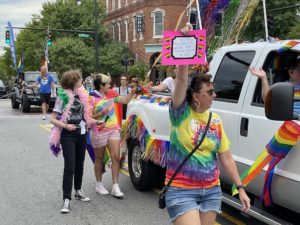 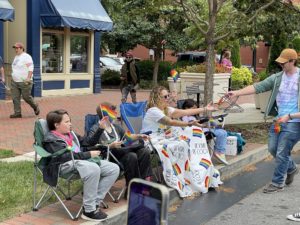 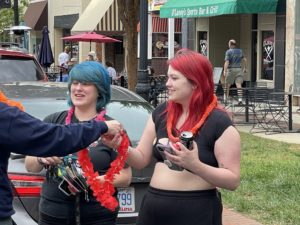 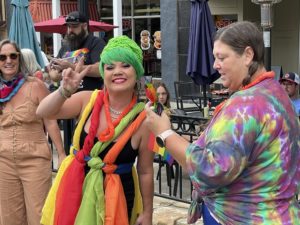 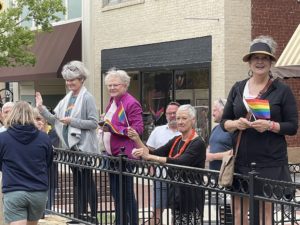 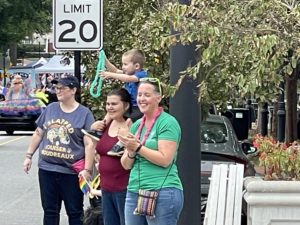 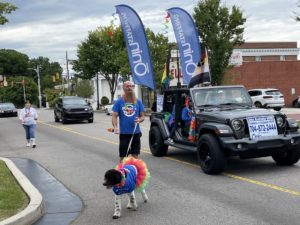