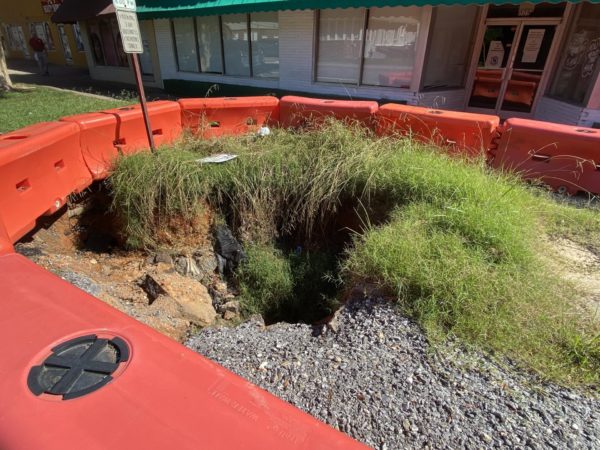 Beginning Tuesday, September 20, South Center Street will be closed in Statesville from East Bell Street to Garfield Street for approximately three to four weeks while the N.C. Department of Transportation and City of Statesville crews install a new storm drainage system and begin repairs on a sinkhole.

Motorists are being asked to utilize the following detour: West Front Street (U.S. 64) to Garner Bagnal Boulevard (U.S. 70) to South Center Street (U.S. 21) during the closure. Signs will be placed along the detour route to assist with traffic flow by NCDOT.

The sidewalks will remain open, and businesses affected will be able to operate on a normal schedule.

Motorists are advised to use caution while in the work area and while using the detour route.