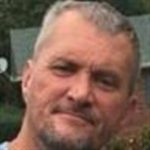 Danny Lee Spears, 49, of Statesville, N.C., passed away suddenly and unexpectedly on Saturday, December 14, 2019, in his home surrounded by his family.

Danny was born on April 13, 1970, in Iredell County to the late Lonnie Lee Spears and Virginia Lee Kendrick Spears, who survives. He was also preceded in death by grandparents, Clara Mae Kendrick and Lennis Edward Kendrick, and Lieney Lee Spears and Jane Wilcox Spears; and an uncle, Boone Kendrick.

Danny worked most of his life as a truck driver. He was a good-hearted man who never met a stranger. Danny loved riding his motorcycle, riding horses, fishing, playing pool, horseshoes and singing karaoke. Most of all, he loved his family and friends, especially his grandkids, and was a proud father, son, papa, brother, uncle and friend.

A Memorial Service will be held Thursday, December 19, 2019 at 6 p.m. at the Nicholson Funeral Home Chapel with Rev. Jeff Teague officiating. The family will visit with friends following the service.

In lieu of flowers, the family asks that donations be made to help cover funeral costs. Fond memories and condolences may be left at www.nicholsonfunerals.com.