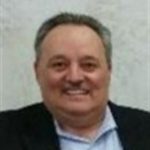 Mr. Cooper was a retired insurance salesman and musician.

A memorial service will be held at 12 noon on Thursday, December 5, 2019, at St. Therese Catholic Church, Mooresville, with Father Mark Lawlor officiating. Burial will follow at Oakwood Cemetery in Statesville.

In lieu of flowers, memorials may be made to St. Therese Catholic Church, 217 Brawley School Road, Mooresville, NC 28117.

Cavin-Cook Funeral Home, Mooresville, is serving the family of Mr. Cooper. Condolences may be made to the family at www.cavin-cook.com.