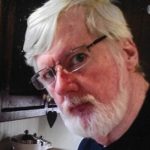 Ronald Thomas Oliphant, 73, passed away Thursday, November 28, 2019, with the love of his life by his side.

He proudly served our country in the United States Air Force. He was a Cub Scout leader, and a member of Statesville Rotary.

On March 24, 1973, he married Carol Lee Folke. They spent their days traveling, camping, and running a business together. Ron and Carol’s love and dedication was like no other.

Ron enjoyed fly fishing and cheering on the Statesville Greyhounds (#40), Appalachian State Mountaineers, and Tampa Bay Buccaneers. His pride and joy was his family.

Ron is survived by his wife Carol, son Ryan and daughter-in-law Lauren, grandchildren Addie and Bo, all of Statesville, N.C.; brother Bob and Kathy Jo of Hawthorne, N.J.; sister-in-law Gail and brother-in-law Anthony, nieces Alison and Amanda, all of Tom’s River, N.J.

A service will be held in Ron’s memory at First Presbyterian Church in Statesville on Saturday, December 7, 2019, at 2 p.m. The family will speak with friends following the service.

Memorial donations may be made to First Presbyterian Church and Fifth Street Ministries in Statesville.

Online condolences may be made to the family at www.troutmanfuneralhome.com. Troutman Funeral Home is proudly serving the Oliphant family.