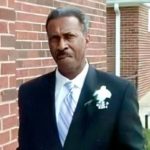 Mr. Patterson was a proud veteran Sgt. First Class in the United States Army, having served in the Vietnam War. He began his working career at Duke Energy, formerly known as Duke Power, and remained there for 32 years, lastly as a supervisor. Then he retired from Home Depot. As a child, Mr. Patterson was a member of St. Paul Methodist Church in Mooresvillem and he later attended Antioch Baptist Church in Cleveland, N.C. He was also a member of the Masonic Lodge Mooresville, N.C., and served as the PTA president at Park View Elementary School. Mr. Patterson loved Jeopardy, crossword puzzles, gardening, and especially spending time with his family. He was a perfectionist and always challenged his family to do better and be better. He never met a stranger, and many have commented he was their role model.

The family will receive friends on Sunday, July 19, from 1 10 2 p.m. with a service following at 2 p.m. at Heritage House of Cavin-Cook Funeral Home. Private burial will be at the Salisbury National Cemetery.

Cavin-Cook Funeral Home & Crematory, Mooresville, is serving the Patterson family. Condolences may be made to the family at www.cavin-cook.com.