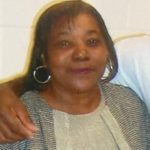 Mrs. Bonnie Jean Tucker Burch, beloved daughter of the late Alonzo Buddy Turcker and Evangelene Waddell Tucker, was born in Iredell County, N.C., on October 5, 1950. She departed this life on Friday, May 22, 2020, at Iredell Memorial Hospital in Statesville, N.C., following an extended illness.

She was a graduate of Statesville High School and Mitchell Community College. She was a Licensed Insurance Agent with Woodman Insurance Agency. At one time, she was a supervisor with Bali Draymore and Everqui. She was also once a janitor at the Civic Center in Mooresville. She was a former member of Antioch Baptist Church and at the time of her death was a member of Fruit of the Spirit Church in Statesville, N.C.

In addition to her parents, she was preceded in death by her daughter, Teresa Ann Burch; a son, Timothy Burch; a sister, Betty Osborn; brothers, Freddie Tucker, Walter Chambers and Leroy Baker; an aunt and uncle, Elizabeth and Whitfield Byers; and a cousin, Joyce Tucker.

Celebration of Life Services will be conducted Wednesday, May 27, 2020, at 1 p.m. at Rutledge and Bigham Funeral Home. Pastor Virginia W. Lykes will officiate and Overseer Sandra W. Forney will eulogize.

Visit the Book of Memories for Mrs. Burch at www.rutledgeandbigham.com.