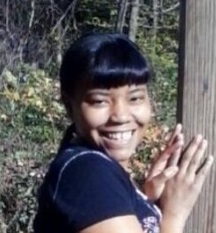 She graduated from West Iredell High School in 2013, and was a volunteer with the Christian Ministry. She loved to do crossword puzzles.

She was preceded in death by her grandmother, Linda Stevenson; her great grandmother, Helen Holmes and Mary T. Chambers; an aunt, Dana (Barry) Caldwell; a nephew, Eliyjah Parker; and a cousin, Tamara Caldwell.

Celebration of Life Services will be conducted Saturday, March 21, 2020, at The Mary B. Bigham Memorial Chapel of Rutledge and Bigham Funeral Home in Statesville. District Elder Christopher Steele will officiate and Pastor Glenn Usry will officiate. Burial will follow in the Belmont Cemetery.

Visit the Book of Memories for Brittany at www.rutledgeandbigham.com.

Unfortunately, with the COVID-19 virus we, at Rutledge and Bigham Funeral Home, along with other funeral homes across the country, have been issued a mandate to limit the number of family and/or friends at funeral services. You can only enter the funeral with a funeral pass which has been given to the family.

General Viewing will be held at the funeral home on Saturday morning from 9 until 10:30 a.m. Please continue your prayers and love for the family.