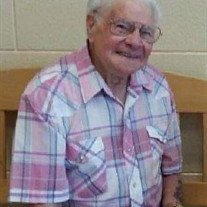 He was born on January 23, 1925, in Mooresville, N.C., to the late Roy and Lillie Davis Dingler. Mr. Dingler was a veteran serving in the US Navy.

In addition to his parents, he was preceded in death by his brothers, Bill, Bob, and Gus Dingler.

The family will receive friends on Wednesday, August 5, from 6 to 8 p.m. at Cavin-Cook Funeral Home. A graveside service with full military honors will be held at 10 a.m. on Monday, August 10, at Salisbury National Cemetery with Pastor Rick Davis officiating.

Cavin-Cook Funeral Home & Crematory, Mooresville, is serving the Dingler family. Condolences may be made to the family at www.cavin-cook.com.