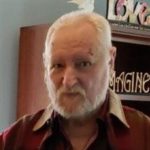 Clarence was a punch press operator with Industrial Dynamics for many years. He loved Jesus, enjoyed watching Jimmy Swaggart, fishing, going to the mountains and beach, and his furbabies, Rocky, Mugzi, Mimi and Emmie. More than anything, he loved his family.