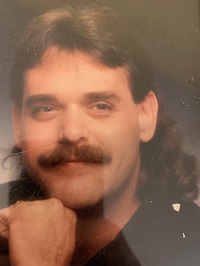 Dean was born November 20, 1961, in Alexander County, N.C., and was the son of the late Charles Thorne and Betty Clair Thorne. He was a graduate of West Iredell High School and served in the U.S. Air Force. In 1994, he married Diana Lin Osborn Thorne, who survives. He was a mechanic for Freightliner Inc.

In addition to his wife, Dean is survived by a step-daughter, Cheryle Hexum of Arizona; and two step-sons, Ron Baugher of Colorado and Brooks Derting of Statesville. He was preceded in death by one step-son, Shawn Baugher.

A private family service will be held at a later date.