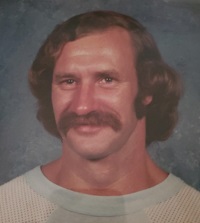 Born in Iredell County on January 25, 1957, he was the son of the late Lester Lee Campbell and Mae Mayberry Campbell.

In addition to his parents, he was also preceded in death by two sisters, Mary Lou and Naomi.

A graveside service will be held on Wednesday, July 29, 2020 at 11 a.m. at Iredell Memorial Gardens.