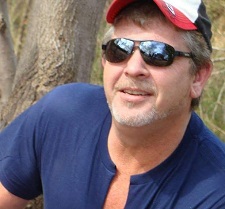 James Preston Brown Jr., 55, of Cleveland, N.C., passed away Saturday, February 1, 2020, at Duke University Medical Center in Durham, N.C. Born in Iredell County on March 25, 1964, he was the son of the late James Preston Brown Sr. and Marietta Upright Brown, who survives.

In addition to his father, he was also preceded in death by his wife, Teresa Brown, in 2007. James worked for Rush International in Charlotte and The Diesel Shop in Statesville.

The family will receive friends at Bunch-Johnson Funeral Home from 1 to 2 p.m., on Wednesday, February 5, 2020. The funeral service will follow in the chapel at 2 p.m. Burial will follow at Iredell Memorial Gardens.