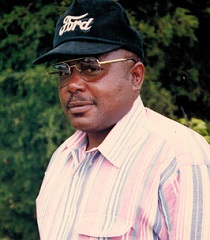 He was self employed for numerous of years and later worked for the Town of Mooresville, from where he retired. James enjoyed going to the casino, traveling, riding his motorcycle, restoring older cars, and going to car shows, where he won over 100 trophies. James was a member of the Brother Hood Auto Club for ten years. He will truly be missed.

In addition to his parents, he was preceded in death by his companion, Mary Neal Tate; brother, Joseph William Jones; and a sister, Trudy Jones McDowell.

A celebration of Life service will be conducted on Monday, November 2, 2020, at 11 a.m. at Rutledge and Bigham Funeral Home in Statesville with burial at Iredell Memorial Park in Statesville.