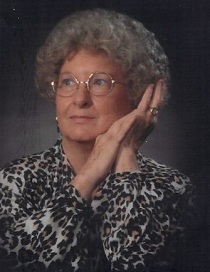 JoAnn Alderfer Holland, 85, of Statesville, N.C., passed away Tuesday, September 22, 2020. Born January 20, 1935 in Iredell County, she was the daughter of the late Earl and Hattie Crater Alderfer.

She was a graduate of Union Grove High School and was a member of Smith Chapel United Methodist Church in Union Grove. JoAnn worked in the banking profession for 44 years, starting at People’s Bank and ending with Wells Fargo as an officer of Bookkeeping.

She is survived by a son, Keith Holland of Olin, N.C., and several nieces, nephews and cousins.

Services will be held at later date.

The family would like to thank Brookdale Assisted Living for their love and care of Ms. Holland.

Troutman Funeral Home is serving the family of JoAnn Holland.