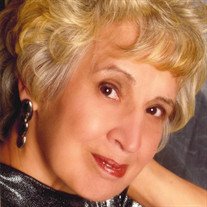 Jo came from a family of successful carpenters, and she herself was very talented. She was able to fix anything that came her way. Her hobbies included gardening, canning and sewing. She also obtained her pilot’s license. She was co-owner of the Little Spaghetti House in Mooresville for many years. Jo had a very kind and giving heart. She never spoke ill of anyone, and she never met a stranger. Jo’s faith in God was reflected in every aspect of her life. She was a wonderful mother, grandmother and sister and will be missed by everyone who knew her.

In addition to her parents, Jo was predeceased by her daughter, Crystal Bryant; her first grandson, Khai; and her brothers, Homer and Jim Adams.

No services are planned at this time.

Cavin-Cook Funeral Home & Crematory, Mooresville, is serving the Branson family. Condolences may be made to the family at www.cavin-cook.com.