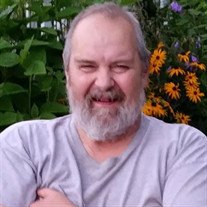 Joseph “Joe” Preston Blankenship, 63, of Hiddenite, N.C., passed away at Kindred Hospital on Monday, September 14, 2020. He was born August 2, 1957, in Ohio to the late Joseph Thomas Blankenship Sr. and Shirley Burke Blankenship, of Taylorsville, N.C.

Joe was in the U.S.  Navy and served in the Vietnam War as a Navy Seal.

In addition to his father, Joe was preceded in death by his brother, Joseph Thomas Blankenship Jr.

Joe is survived by his wife of 32 years, Derinda Sharlene Hunt Blankenship of the home; daughter, Janell Munday and husband Dustin of Hiddenite; one sister; one grandchild, Brianna Schamus of Hiddenite; brother and sister in-law, Darrett and Lenor Hunt of New Jersey; one niece, Jill Halliwell; and one nephew, Matthew Blankenship.

Arrangements are incomplete at this time and will be announced at a later date.