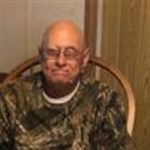 Julius Cecil Speaks, 67, of Statesville, N.C., died Saturday, April 25, 2020, at Iredell Memorial Hospital. Born in Iredell County on July 14, 1952, he was a son of the late Ed Curtis Speaks and Tessie Bennett Speaks.

He enjoyed hunting, fishing and spending time with family and his very special friend, Gilbert Dillard. He was retired as a foreman from Southern States.

In addition to his parents, he was preceded in death by a sister, Betty Lou Speaks Huffman, and a special brother-in-law, Allen Williams.

Private services will be held at a later date. Condolences may be sent online to the family to www.nicholsonfunerals.com. The family requests no flowers, and rather that memorials be given to the American Cancer Society, 1901 Brunswick Avenue Suite 100, Charlotte, N.C. 28207.