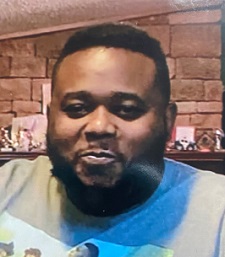 Mr. Justin Marvas Wilson, 30, of 408 Monroe Street, Statesville, N.C., departed this life on Thursday, July 8, 2020, following an automobile accident. He was born in Iredell County on October 19, 1989, and was the son of David Lee Wilson and Teresa Angela Joyner.

He attended South Iredell High School and later Statesville High School. At the time of his death, he was employed by Tyson. He was preceded in death by an infant son, Bryson Wilson; and his grandparents, Marbest Fleming, William Fleming, Ceola Wilson and Wade Wilson.

Celebration of Life Services will be conducted Thursday, July 16, 2020, at 2 p.m. at the Rutledge and Bigham Funeral Home. Minister Paulisa Jackson will officiate and burial will follow in the Belmont Cemetery in Statesville, N.C.

Visit the Book of Memories for Justin at www.rutledgeandbigham.com. Rutledge and Bigham Funeral Home is serving the family.