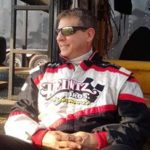 He grew up in a household where tinkering and building things wasn’t just a hobby, but a living. From a young age, he became infatuated with race cars and ended up pursuing a career as a mechanical engineer with the Eastman Kodak Company after graduating from SUNY Alfred State College in 1982. While an engineer at Kodak, he started to pursue his passion – racing. He met his loving wife Christine during this time and they happily married on December 7, 1985. Kent was a factory driver for Coyote Racing Products during his karting days until moving up to racing dirt modifieds in New York in his spare time. On October 4, 1996, Kent and Christine had a son, and later that following year, he took a job in NASCAR and moved his family to Mooresville. Over the years he worked with such racing legends as Jimmy Means, Bill Elliott, Richard Petty, Ray Evernham, and others until retiring from NASCAR in 2015 to focus on his classic car work. He worked with long-time friend Uwe Wittkamp and helped to build many motorcycles and classic cars over the years until the cancer overtook him.

He stood up to his cancer with that same fire in his eyes that we saw whenever he stepped into a race car, be it a modified, late model, or go kart. He would drive anything and he would always find the fun in it. He was the greatest husband and father one could have asked for; his infectious smile always finding a way to make you happy, the little jokes to keep family and friends going, the questions he’d ask instead of saying “Are you insane?” He didn’t mind helping out his fellow racers. He wasn’t flashy, and he had the biggest heart.

Kent was preceded in death by his parents, Lauren and Joyce Peckham.

He is survived by his wife of 34 years Christine; his son Kyle (Danielle); and his brother David (Cathy).

The family also wishes to thank everyone in the racing community from both New York and North Carolina, as well as the gracious staff at Wake Forest Baptist Medical Center and Iredell Memorial Hospital for their help and support through this trying time.

The family will receive friends on Friday, February 21, from 2 to 3 p.m. with a service following at 3 p.m. at St. Therese Catholic Church in Mooresville.

In lieu of flowers, the family requests that donations be made to the American Cancer Society.

Cavin-Cook Funeral Home & Crematory, Mooresville, is serving the Peckham family. Condolences may be made to the family at www.cavin-cook.com.