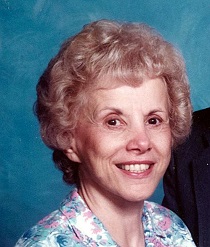 Mary Rettburg, 88, of Statesville, N.C., passed away Saturday, April 25, 2020, at Brookdale-Peachtree in Statesville.

Born in Beckley, W.Va., on February 28, 1932, she was the daughter of the late Samuel Italiano and Minnie Maradile Italiano.

In 1972, she married John Calvin Rettburg, who survives. They eventually moved to Statesville from Buffalo, N.Y. Mary worked many years as a Registered Nurse, retiring from Iredell Memorial Hospital.

In addition to her parents, she was also preceded in death by several siblings and her son, Timothy Martin Kraft.

Mary will laid to rest at Salisbury National Cemetery. Services will be private.

In lieu of flowers, memorial donations may be made in Mary’s memory to Feed America, www.feedamerica.org.

Online condolences may be left for the family at www.bunchjohnsonfuneralhome.com.
Bunch-Johnson Funeral Home is serving the Rettburg family.