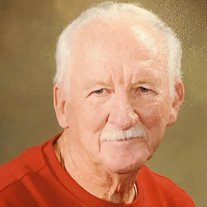 Morris Douglas, 75, passed away on Thursday, September 17, 2020, from symptoms associated with a long battle with Parkinson’s disease. He passed away at home surrounded by his loving family.

He had a strong Christian faith and an unending love for his family. He was the most honest, hardworking, easy-going man and brought wisdom and a quiet nurturing way to many.

He was born in Kentucky to the late Luther and Alene Douglas. He was a member of Southside Baptist Church. He was a “Jack of all Trades” and loved antique hot rods and his “street rodding” friends.

Along with his parents, he was preceded in death by his son, Morris Edward, and his brother, Harry Douglas.

Morris is survived by his wife of 55 years, Ruby Stovall Douglas, along with his two daughters, Donna Burchett and husband Jeff and Denise Hayes and husband Terry; his three grandsons, Doug Hayes, Peyton Hayes, and Blake Burchett; his two granddaughters, Brooke and Bailey Burchett; and his great-grandson, Landyn Hayes. He also has one surviving brother, Lonnie Douglas and wife Darla of Kentucky; and several nieces, nephews, and cousins that he spoke of often.

The family will receive friends on Sunday, September 20, from 2 to 3 p.m. with a service following at 3 p.m. at Southside Baptist Church, Mooresville, with Rev. David Klinedinst and Eddie Karriker officiating. Burial will be private.

Cavin-Cook Funeral Home & Crematory, Mooresville, is serving the Douglas family. Condolences may be made to the family at www.cavin-cook.com.