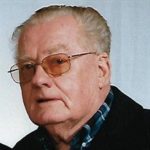 Ray was the owner and operator of Neal’s Radiator Service for many years. He enjoyed his work, splitting wood and building. He was an outdoorsman and years ago was part of the Ebenezer Fire Department.

The family would like to give a special thanks to the Staff of Gordon Hospice House for the loving care given to their Dad. Memorials may be given to Hospice and Palliative Care of Iredell County, 2347 Simonton Road, Statesville NC 28625.

Online condolences may be left at www.nicholsonfunerals.com.