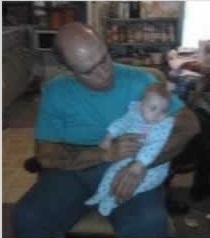 Robert Edward Manfrede, 61, of Stony Point, N.C., passed away unexpectedly at his residence Saturday, July 4th, 2020. He was born in Kings County, N.Y., on Saturday, August 9, 1958, to the late Robert Manfrede and Carolyn Gerber.

In addition to his parents, Robert was preceded in death by one brother, Mitchell Anthony Manfrede, and one sister, Mary Barresi.

A Private Memorial Service will be conducted at a later date.