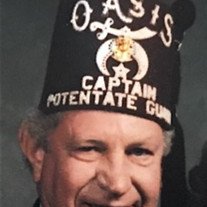 He was born on October 10, 1934, in Stockholm, N.Y., to the late Harlow and Clara Parker LaShomb. Mr. LaShomb was a veteran of the U.S. Navy. He received his bachelor’s degree from Indiana University.

Mr. LaShomb retired from BellSouth and also worked on the Apollo space suit project for the first moon landing. Mr. LaShomb was a member of Prospect Presbyterian Church in Mooresville. He was also a member and past master of the Steele Creek Masonic Lodge #737 AF&AM and of the Potentates Guard with the Oasis Shriners.

In addition to his parents, he was preceded in death by his brothers, Harlow LaShomb Jr. and Gerald LaShomb; and sisters, Lillian Sawyer and Sarah Drew.

A funeral service will be held at 2 p.m. on Saturday, November 14, at Cavin-Cook Funeral Home Chapel with Rev. Will Gipe officiating. The family will receive friends immediately following the service.

Cavin-Cook Funeral Home & Crematory, Mooresville, is serving the LaShomb family. Condolences may be made to the family at www.cavin-cook.com.