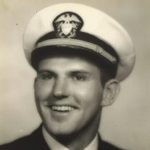 Thomas Marion Guy Jr. passed away Monday, April 13, 2020, at the residence of his daughter, Kathy Guy, in North Charleston, S.C.

He was born on August 3, 1922, in Chester, S.C., to the late Thomas Marion Guy and Blanche Porter. Mr. Guy formerly resided in Mooresville, N.C. He later moved to Virginia as a young boy and resided mainly in Norfolk. He graduated from Granby High School, where he lettered in four sports. After graduation, he attended William & Mary College before enlisting in the Navy in 1943 and serving during WWII as an aviator in the Pacific Theater. He flew numerous missions, fighting the Japanese and air dropping supplies to the POWs. He flew security patrol over Tokyo Bay during the signing of the Peace Treaty ending WWII. He was honored with other veterans by President H.W. Bush.

After being honorably discharged in 1946, he enrolled at Davidson College where he played football and baseball and was a member of SAE Fraternity. After graduating in 1948, he went to work for Celanese Corporation in South Carolina and North Carolina. He retired as Director of Quality Control for Fiber Industries/Celanese.

After retiring, Mr. Guy and his wife Alice moved to Lake Norman. In 1967, he became and remained a member of the Lake Norman Yacht Club. He was an avid sailor and racer and was awarded numerous trophies. Mr. Guy also served as a past commodore of the Yacht Club.

Mr. Guy was preceded in death by his wife, Alice Ware, and a daughter, Deborah Ann Guy.

A memorial service will be planned for Mr. Guy at a later date.

Cavin-Cook Funeral Home & Crematory, Mooresville, is serving the Guy family. Condolences may be made to the family at www.cavin-cook.com.