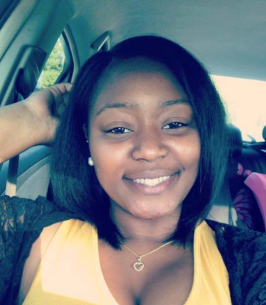 Amari Janae’ Wilson, beloved daughter of Amanda Wilson and Jeffery Holmes, was born in Iredell County on October 2, 2000. She departed this life unexpectedly on Monday, February 1, 2021.

She was a 2018 graduate of Statesville High School. She loved her siblings and godchildren, and she loved doing things with family and friends. She loved to make people happy.

Celebration of Life Services will be conducted Tuesday, February 9, 2021, at 2 p.m. at Rutledge and Bigham Funeral Home, 603 South Center Street, Statesville, NC 28677. Reverend Dale Gibson will officiate and burial will follow in the Belmont Cemetery in Statesville.

There will be no public visitation; however, general public viewing will be held on Monday, February 8, 2021 ,until 7 p.m. and resume Tuesday from 10 a.m. until 12 noon prior to the service.

Unfortunately, during the COVID-19 pandemic, Rutledge and Bigham Funeral Home, along with other funeral homes across the country, has have been issued a mandate to limit the number of family and/or friends at funeral services. You can only enter the funeral with a funeral pass, which will be given to the family.