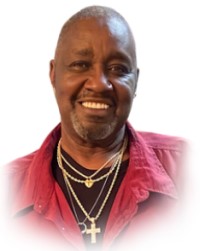 Anthony Eugene Holmes attended Morningside School. Anthony was a computer and technology expert. He loved collecting antique watches and doing carpentry work. He was a loving and caring father, uncle and brother. When he walked into a room, he lit it up with his sense of humor and amazing personality. He loved to make everyone laugh and always brightened everyone’s day.

He was united in marriage to Robin Delores Davis, who preceded him in death. He later married Arlene Ditich Kincannon, who survives. In addition to his mother, he was preceded in death by his two sisters, Dean Horne and Patsy Holmes Gray.

In addition to his wife, Arlene of the home, he leaves to cherish the memory of his life his son, Anthony Kearney (Kisha) Holmes; his daughters, Bonita Davis and Lynn Davis; his step-children, Latisha (Brad) Ijames, Saquanna Kincannon, Henetta (Jeremy) Irvin and Davontte Kincannon; twenty-four grandchildren; his brother, James Micheal Holmes; his sisters, Priscilla Holmes and Sherrie Holmes; his aunt, Annie Holmes; and a host of cousins, other relatives and friends.

Celebration of Life Services will be conducted Wednesday, August 4, 2021, at 1 p.m. at First Baptist Church in Statesville, N.C. Reverend Brunson will officiate.

Visit the Book of Memories for Mr. Holmes at rutledgeandbigham.com.

Rutledge and Bigham Funeral Home is serving the family of Mr. Holmes.