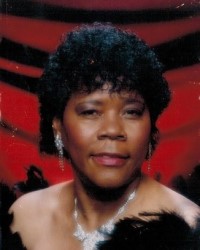 Mrs. Catherine Rovella Holmes Turner, 81, of Statesville, N.C., passed away at Iredell Memorial Hospital in Statesville, N.C. She was born in Iredell County on March 1, 1940, and was the daughter of the late Andrew Turner and Helen Holmes.

She was a graduate of Morningside High School and a member of First Baptist Church. Prior to her retirement, she was employed by Beauty Maid Mills. She was a loving mother, grandmother, sister, aunt and friend. She was married to Billy Ray Turner, who preceded her in death.

In addition to her parents and husband, she was also preceded in death by two daughters, Linda Kay Turner and Celestine “Tine” Turner, and two brothers, Lawrence Green and Ronald Turner..

Celebration of Life Services will be conducted Friday, December 31, 2021, at 1 p.m. at Rutledge and Bigham Funeral Home. Pastor Charles Davidson will officiate and burial will follow in the Belmont Cemetery.

Mrs. Turner will remain at Rutledge and Bigham Funeral Homem where members of the family will receive friends from 12:30 until 1 p.m. The family will assemble at the residence at other times.

Visit the Book of Memories for Mrs. Turner at www.rutledgeandbigham.com.

Rutledge and Bigham Funeral Home is serving the Turner Family.