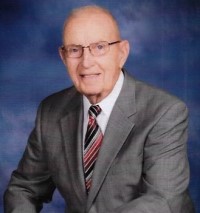 Joe was a highly decorated veteran. He served his country for 30 years on active-duty status in which he participated in combat during the Korean War and the Vietnam conflict. He and has family spent many years stationed in Turkey, Germany, and stateside. His primary specialty titles included but were not limited to Infantry Officer, Foreign Area Officer (FAO), and Special Forces. Some of his more distinguished decorations are the Defense Superior Service Medal, Legion of Merit with 2 OLC, Bronze Star Medal with “V” device with 1 OLC, Defense Meritorious Service Medal, Meritorious Service Medal with 1 OLC, Joint Service Commendation Medal, Purple Heart, Army of Occupation Medal – Germany, National Defense Service Medal with 1 OLC, Vietnam Service Medal with four Bronze Service Stars, Vietnam Campaign Medal, Army Service Ribbon, Presidential Unit Citation – Korea, Vietnam Cross of Gallantry with Palm-unit, Vietnam Cross of Gallantry with Bronze Star, and Vietnam Civil Actions Honor Medal .Joe was one of only a handful of people in the entire U.S. Government that had the skill set and language skills to perform the duties he did as the FAO in Turkey, having a strong influence in the entire Middle Eastern Region. On August 31, 1983, he retired from active duty.

Although many knew Joe as a solider, he was a committed family man to his seven children. He coached their swim and baseball teams, together they explored historical landmarks, and he instilled in them an appreciation for the outdoors. Joe’s passion for fishing brought him and his wife Sybilla from New Jersey to North Carolina in 1990. Joe loved every dog he met and each of them loved him. It was then that Joe developed a hobby for growing tomatoes and blueberries. He took up RVing and traveled throughout the United States, including Alaska.

Joe was blessed to have an opportunity to find love again after the passing of his wife Sybilla. In 1997, Joe met and married Fairy Keever and expanded his family by including two step daughters.

Joe was a man of action and his Catholic faith was the core to his beliefs. Joe demonstrated numerous acts of kindness and community services throughout the years. He became an active member of veterans’ organizations – Veterans of Foreign Wars, American Legion, Iredell County Veterans Council and Iredell County Burial Detail, performing the final call for fellow veterans more than 2,500 times. He was a member of the Knights of Columbus and participated in various social programs.

Mr. Stallings will lie in state at Troutman Funeral Home on Sunday, February 28, 2021, from 12 to 5 p.m. and a funeral service will follow on Monday, March 1, 2021, at 2 p.m. at St. Philip the Apostle Catholic Church with burial to follow at Iredell Memorial Gardens with full military honors. The family asks that anyone attending the service please follow the COVID-19 protocol.

Online condolences can be made to the family at www.troutmanfuneralhome.com.