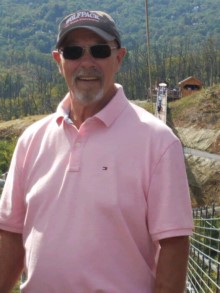 David Lee Marshall Sr. passed away unexpectedly on April 13, 2021, at the age of 70 following surgery.

David was preceded in death by his parents, Jess and Wanda Swearingen Marshall.

David liked to say he was “Made in Japan” and born in Portsmouth, Va., as his family lived on military bases in Japan, Germany, Hawaii, Nevada and Virginia to name a few places. He settled in the Hickory area and spent 22 years married to Betty Barlowe Avnet. He later married his wife, Helen, and had 29 wonderful years with his blended family. As a long-haul truck driver for over 45 years, David has numerous friends in the trucking industry and could put any vehicle anywhere. David was retired from Wilson Trucking and worked part time at Tray’s Transport in Statesville. He was a member of Eufola Baptist Church in Statesville, where he was Sunday school superintendent and led efforts to renovate the sanctuary. He enjoyed singing with the choir, playing Barabas in the church play, woodworking and building, riding motorcycles and traveling. David was always ready to lend a hand to anyone and expected nothing in return.

Visitation for the family will be held from 6 to 8 p.m. on Friday, April 16, at Troutman Funeral Home. Services to celebrate David’s life will be held at 2 p.m. on Saturday, April 17, at Eufola Baptist Church with his pastor, Jake Potter officiating, followed by interment at Oakwood Cemetery in Statesville.

In lieu of flowers memorials can be made to Eufola Baptist Church building fund at 207 Carriage Road, Statesville, NC 28677.