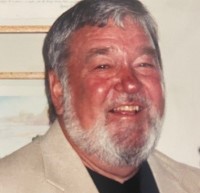 Don was born December 20, 1933, in Alexander County and was the son of the late Lee and Fannie Walker Pennell. He attended Alexander County schools and was married to the late Betty Jean Fox Pennell, who passed away July 14, 2006. He was a member of Bristol Drive Baptist Church and worked for Brittain Lumber Co. for over 50 years. Don grew up with a strong work ethic, which he taught his family. He enjoyed gospel music and watching sports, and he loved his family, especially his grandchildren.

Graveside funeral services will be held at 3 p.m. Monday on December 27, 2021, at Iredell Memorial Gardens Mausoleum with Rev. J.B. Parker Jr. officiating. Mr. Pennell will lie in state at Troutman Funeral Home on Monday from 9 a.m. to 2 p.m.

In lieu of flowers, memorials may be made to South River Baptist Church, 221 Bristol Drive, Statesville, NC 28677.