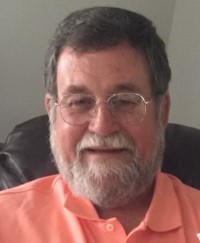 Glenn Dale Cornett, 73, of Statesville, N.C., passed away on Friday, September 10, 2021, at Davis Regional Medical after a battle with COVID-19.

Glenn was born on April 28, 1948, in Watauga County, N.C., and was the son of Raymond Lee Cornett and the late Jean Townsend Cornett. He graduated from Harmony High School and served his country during the Vietnam War. He was the owner of Red Dirt Road Trucking in Statesville. He attended Central Assembly of God Church in Boone, N.C. He enjoyed hunting, fishing, and spending time with family at the beach.

A graveside service with full Military rites will be held at 1 p.m. on Saturday, September 18, at Iredell Memorial Park with Rev. Chuck Bristle officiating.

Out of respect for everyone attending, the family requests that masks be worn by all attending and that social distancing be observed.

In lieu of flowers, memorials can be made to Central Assembly of God Church at 170 Assembly Drive, Boone, NC 28607.