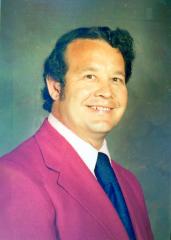 Harold Clyde Sherrill Jr., 82, passed from this earth Friday, September 10, 2021. Harold was born on January 29, 1939, in Iredell County, N.C., the son of the late Harold C. Sherrill Sr. and Frances Eagle Sherrill. He was also preceded in death by a sister, Roberta S. Ashley (Frank), and a brother, James Ronald Sherrill.

Harold was a 1957 graduate of Statesville High School and attended Mitchell and Catawba Colleges. Harold’s passions for hunting, fishing, and the outdoors coupled with his friendly nature understandably led to a long sales career with Adams Sporting Goods, Leisure Time Distributors, Stihl, Husqvarna, and Statesville Roofing.

He developed a deep enthusiasm for researching family genealogical history. Through his research he learned that he was the fifth great-grandson of Adam “The Pioneer” Sherrill, who with his eight sons and families, came south from Pennsylvania looking for land finally crossing the Yadkin River, and establishing Sherrill’s Path, the first trail into Statesville. In 1747 they crossed the Catawba River at “Sherrill’s Ford” and eventually established the Fort “Sherrill’s Station.” Through decades of research he complied and wrote 20 detailed books of family genealogy tracing his family back to 785 AD.

The family would like to express gratitude to lifelong steadfast family and friends, especially the neighbors Terry and Linda Blevins, for their love and support for over 40 years.

In lieu of flowers, donations may be made to Gordan Hospice & Palliative Care of Iredell County or the Salvation Army.