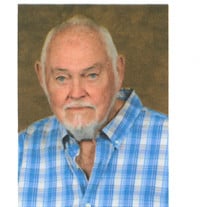 James Howard Setzer, 84, of Statesville, N.C., passed away at Maple Leaf on August 28, 2021. James was born in Iredell County on January 24, 1937, to the late Howard Ellis Setzer and Mamie Miller Setzer.

He was married to Flora Marie Prillaman Setzer 52 years. James served in the U.S. Navy and retired from Blythe Development. He was a member of Bethel United Methodist Church.

In addition to his wife and parents, James was preceded in death by a son, Jimmy Setzer; brother, Kelly Setzer; and granddaughter, Sarah Austin.

A graveside service will be conducted at Bethel United Methodist Church on Wednesday, September 1, 2021, at 11 a.m. Pastor Ann Tavenner will officiate, and the family will receive friends following the service. The body will lie in state at Chapman Funeral Home on Tuesday, August 31, 2021, from 2 to 5 p.m. at Chapman Funeral Home.