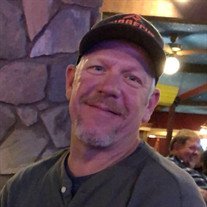 In addition to his father, he was preceded in death by a brother, William Allen.

He worked in bridge construction and loved the outdoors, nature, working in his yard and his dogs, Jax, Moose, Stella and Roxie, all four of which he loved dearly.