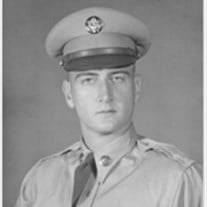 John Franklin Cooke Jr. passed away peacefully at home surrounded by family on Saturday, May 8, 2021. He now abides in the loving arms of our Lord and Savior, Jesus Christ, as we patiently await the day we will see him again.

He was born in Birmingham, Ala., on February 24, 1934, to the late John Franklin and Aileen Lillian Cooke but spent the majority of his life in Jacksonville, Fla. After graduating from Landon High School, John went on to receive his Bachelor of Political Science from Emory University. He had a great love for his country and served as a medic in the United States Army from 1954-1956.

John was a member of All Saints Episcopal Church in Jacksonville, Fla., and later a member of Higgins Memorial Church in Burnsville, N.C. He was a devoted husband of 56 years to his beautiful wife Sharon. His passions included golf, fishing and singing in the choir with Sharon. His greatest joy was spending time with his family, especially when it involved eating seafood and playing numerous games of Skipbo.

In addition to his parents, John was preceded in death by son, Eddie; daughter, Mary Elizabeth; and sister, Janice Reibe.

In lieu of flowers please make donations to the Shriner’s Hospital for Children.

Cavin-Cook Funeral Home & Crematory, Mooresville, is serving the Cooke family. Condolences may be sent to the family at www.cavin-cook.com.