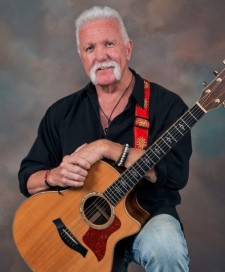 Grand Master Ricky Allen Davis had a true vitality for life. He lost that life after a hard fought fight with COVID-19 on Thursday, May 13, 2021. It was one of the few battles he ever lost.

Rick was born March 26, 1955, in Statesville, N.C., to the late Hugh and Pauline Davis. In addition to his parents, he was also preceded in death by his two sisters, Marylene Shoemaker and Gail Welborn, and his infant brother, Steve Davis.

Rick spent his whole life perfecting his martial arts skills, which he shared with many beloved students. We all witnessed his code of ethics, which is peace and love. He left such an impact on so many lives. Rick was a friend, mentor and father figure to many. We can honor Rick’s life by challenging ourselves to love one another and help change people for the better by fighting for what’s right and true in peace and love.

Memorial donations may be made to Operation Smile (www.operationsmile.org) or to the March of Dimes (www.marchofdimes.org).

Share a memory or condolence for the family at www.bunchjohnsonfuneralhome.com.

Bunch-Johnson Funeral Home is honored to be serving the Davis family.