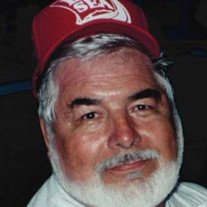 Mr. Clanton was retired from Ingersoll-Rand in Davidson.

In addition to his parents, he was preceded in death by a son, John Carl Clanton; and brother, Billy Clanton.

No services will be held at this time due to the current COVID situation.

In lieu of flowers, memorials may be made to Southside Baptist Church, 525 S. Broad Street, Mooresville, NC 28115.

Cavin-Cook Funeral Home & Crematory, Mooresville, is serving the Clanton family. Condolences may be made to the family at www.cavin-cook.com.