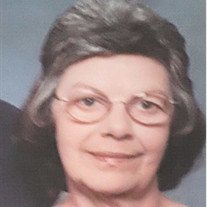 Mrs. Brown was a retired cafeteria worker from the Mooresville Graded Schools. She enjoyed gardening and cooking.

In addition to her parents, she was preceded in death by her husband, Hubert Ted Brown; brothers, Richard, Larry, and Kenneth Smith; and granddaughter, Allie Snider.

The family will receive friends on Thursday, March 4, from 5 to 8:30 p.m. at Cavin-Cook Funeral Home. Funeral services will be held at 11 a.m. on Friday, March 5, at Laura Memorial Church of God with Rev. Frank Smith officiating. Burial will follow the service at Iredell Memorial Park in Statesville.