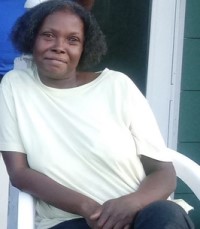 Ms. Karen Ann Neils was born in Statesville, Iredell County, on October 5, 1960, and was the daughter of the late Ray Parker Sr,. and Cornette Neils Parker. She peacefully entered into eternal rest on Friday, May 21, 2021 at Iredell Memorial Hospital.

She was educated through the Iredell County School System, graduating from Statesville High School. She was a former member of Saint John Baptist Church. She was employed at Sleep Inn of Statesville. She loved life and had a one-of-a-kind sense of humor. She was a loving mother, grandmother, aunt, sister, and friend. She was preceded in death by her longtime companion, Darrius Burton, who affectionately known as “Big Twin;” one nephew, Renardo Lozan Davidson; her grandparents, Jay Parker, who was lovingly known as “Jay Bird,” and Jessie Parker; Daisy Anthony, and Russell Neils Sr.

Celebration of Life Services will be conducted Friday, May 28, 2021, at 1:30 p.m at Rutledge and Bigham Mortuary, Statesville, N.C. Elder Christopher Daniels will officiate and Pastor John Carr, Jr. will eulogize with burial to follow in the Belmont Cemetery.

Visit the Book of Memories for Ms. Neil at www.rutledgeandbigham.com.

Rutledge and Bigham Funeral Home is serving the Neil Family.