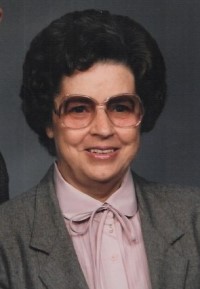 Mary Julia was born January 15, 1923, to the late Fletcher and Mary Norris Thompson. She was a native of Iredell County, graduating from Scotts High School. In 1942 she married Leonard William Nantz, who passed away in 2008 following 63 years of marriage. Also preceding her in death were three brothers, Henry Fletcher “Doc” Thompson (Ruth), Flake Adam Thompson (Doris) and James Ray Thompson (Jewel); and one half-brother, Frank Hartness (Pearl).

She is survived by one son, John F. Nantz (Mary T.); two grandchildren, Melanie Taylor (David) and Stephen Nantz (Alyssa); and one great grandchild, Riley Elizabeth Taylor. She is also survived by her sisters-in-law, Doris Thompson and Jewel Thompson.

Mrs. Nantz worked for a period of time in the cafeteria for the Iredell County Schools and later worked until she retired at JC Penny in the catalog department. She was a member of Society Baptist Church, where she was a member of the adult ladies Sunday School Class. She loved her family, retirement, living on the farm, and visiting friends.

The family would like to thank the staff at Autumn Care of Statesville and Hospice of Iredell County for their loving care of Mrs. Nantz while in their care.

Memorials may be made to Society Baptist Church, Gideon International or the charity of the donor’s choice.

Troutman Funeral Home is caring for the Nantz family. Online condolences may be made to the family at www.troutmanfuneralhome.com.