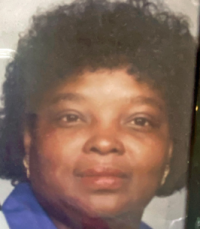 Ruth Elizabeth Mattox, 68, of 308 Safriet Road, Statesville, N.C., passed away on Saturday, November 27, 2021, at Gordon Hospice House in Statesville. She was born in Rowan County, N.C., on November 15, 1953, and was the daughter of the late Jean Williams Gladden. She was married to Gary Louis Mattox, who preceded her in death. A brother, Jerry Lee Chambers, also preceded her in death.

She attended Morningside and was a member of Gray’s Chapel United Church of Christ. Prior to her retirement, she was employed as a Health Care Worker at the Garden Nursing Home.

Celebration of Life Services will be conducted Thursday, December 2, 2021, at 11 a.m. at Rutledge and Bigham Funeral Home. Rev. Dale White will officiate and burial will follow in the family plot in Belmont Cemetery. Mrs. Mattox will remain at Rutledge and Bigham Funeral Home where members of the family will receive fiends from 10:30 until 11 a.m., but will assemble at the residence at other times.

Visit the Book of Memories for Mrs. Mattox at www.rutledgeandbigham.com.

Rutledge and Bigham Funeral Home is serving the Mattox Family.