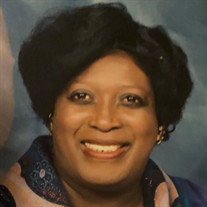 After the passing of her mother, Shirley was raised by her late Uncle and Aunt, John and Mary Magaline Thomas. She was a member of Logan United Presbyterian Church and retired from Tyson Foods in Wilkesboro as an Assistant Line Drawer.

Shirley was preceded in death by one brother, John W. Thomas Jr., and one sister, Mary Elizabeth Thomas.

A Graveside Service will be conducted at 2 p.m. on Sunday, May 2, 2021, in the Logan United Presbyterian Church Cemetery. Rev. Kay Zigler will officiate. There will be no formal visitation. The body will lie in state from 1:30 to 5 p.m. on Saturday, May 1, 2021, at Chapman Funeral Home.