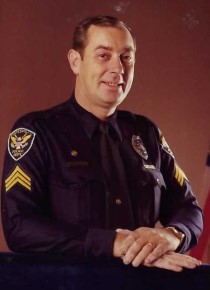 In addition to his parents, Thomas was also preceded in death by his first wife, Leathan Goodin Tomlin, and his second wife, Sue Harrison Tomlin; two sons, Bradley David Tomlin and Wesley Kevin Tomlin; and one sister, Reda Tomlin Taylor.

Thomas served in the United States Air Force from 1958 to1962, and was stationed in France. He was a member of the Statesville Police Department from 1963 to1989, retiring as Sergeant. He then remained as a reserve officer, totaling approximately 50 years of service.

In addition to serving in law enforcement, he worked security at Iredell Memorial Hospital for 20-plus years.

Those left to cherish his memory are one son, Thomas Nelson Tomlin II of Taylorsville; one brother, Luther Carl “Buddy” Tomlin and wife Linda of Statesville; one sister, Charlene Solano of Statesville; and two special nieces, Selina Brassil of Charlotte and Katie Wingler of Statesville, along with many other nieces and nephews.

The funeral will begin at 3 p.m. in the Chapel of Bunch-Johnson Funeral Home. Burial will follow at Oakwood Cemetery will military honors.

Condolences may be left online for the family at www.bunchjohnsonfuneralhome.com.

Bunch-Johnson Funeral Home is honored to serving the Tomlin family.